What is the Interest Rate?

Today we are going to explain in a clear and simple way what the Interest Rate (IT) is and why it is important to know how it works.

First of all, IT is a concept that is formed by two variables: Time and Capital. In other words, according to how these two variables are combined, we will have different interest rates.

Then we can say that IT arises from a transaction that occurs between two people or institutions. In which one will be the owner of the capital (Dador) and the other will be the one who requests that capital (Tomador) Examples? Infinct:

Then that interest is the price, which has to be paid for using the capital for a certain period of time. That is why it is also said that IT is the "price of money".

So if we apply for a mortgage loan, for example, we have an interest rate of XX%. That rate is the price we have to pay for the Bank to lend us that capital for a certain period of time.

An important issue is to talk about the Active and Passive interest rates, since many times they are mentioned that way. Active or Placement refers always to the rate charged by the Bank for loans granted to natural or juridical persons (the one charged by the bank to us). On the other hand, the passive or capture rate is the rate that financial entities pay for the money captured, that is to say, the money that savers grant it. (the rate that banks pay for our savings).

Another important concept is to know that there are two types of interest:

The Simple Interest: Calculates the interest on the initial capital throughout the whole period of the operation.

Conclusion: At the end of the 3 months I will get $1,300 because the interest was always calculated on the initial capital.

Compound Interest: Calculates the interest on the initial capital + the interest generated in previous periods. Its main characteristic is that it is cumulative, so we will always obtain higher profits (investments) or higher costs (loans) with its application.

Conclusion: At the end of the 3 months I will get $1,331 because the interest increased the capital month by month on which interest was recalculated.

Why is it important to know how IT works?

IT is a concept of the financial world and that is why it turns out to be a complex term to understand for people who are not from that world. Now I'm going to tell you the difference between rates and what we need to know to compare.

There are different types of IT but here we are going to talk about the 3 best known and that affect the economy of all, you can even find them on the blackboard of any bank, in advertising, on credit card statements, and so on.

Nominal annual rate (NAR) is the reference rate used by financial institutions for loans and deposits expressed in annual terms, i.e. for the period of one year. But this is not the real rate of an operation whether it is a credit, a fixed term that we make or the interest of the credit cards, since for its calculation the simple interest is used. Then it is only a reference value, it sounds strange but what they have to know is that basically this rate does not tell us anything for natural persons. So they may not pay attention :)

In general, financial entities inform us this data because it is always lower than the effective interest rate, so one might believe that the interest they charge you for a loan is lower than the real one. That is why we always have to analyze the Effective Rate or the Total Financial Cost.

Monthly Effective Rate (TEM) is the same rate as above but for a one-month period. For example, if I pay for something with my credit card, buy it today and pay for it next month, the interest the card will charge me will be the TEM.

CFT (Total Financial Cost) is the most important rate, because it includes all the costs that we will pay, since it includes the interest rate (TEA) plus all the expenses associated with the operation such as commissions, insurance, taxes, account maintenance expenses, etc.

The most important rate that we have to know is the CFT, since it is the only rate that we can compare between different financial entities, because it contemplates all the costs associated with the operation.

As you can see they do not give us the information in the easiest way to interpret because we have a rate for one year and another for one month. They are not comparable rates. But if we take that monthly rate to an annual time period, if we could compare it and verify that the TEA will always be higher and more real because it is calculated with compound interest.

In this case the TEA would be 55.22%. (for this I used a rate calculator that I found online and then validated it with pencil and calculator as I did in the facu :) and I gave the same to myself using 360 days so it is reliable!)

And if I consider the CFT in this case would be 71% (this data is taken from the summary, I looked for a CFT for a TEA around 55%) The complex of this is that there is no account or a calculator to obtain the CFT because having different expenses associated in each entity can vary its calculation. But it is important to know that it is the obligation of all financial institutions to inform the CFT of each operation, so if they do not have it, they simply have to consult it ! 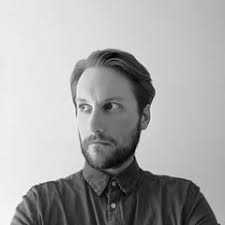 What is an Investment Fund and How Does it Work?

Tips for Taking Out a Personal Loan

How to Invest Your Money: 15 Investment Tips for a Safe Investment